We are still recovering from the sugar overload at my parents house at the moment...between my sister and I we have been baking up tasty treats daily for all our family! My sister Mel may not be lucky enough to receive any of the treats going forward after the hair dying disaster she was involved in tonight - moral of the story: never let your sister dye your hair, no matter how much money it will save it won't be worth it!


As a result, I'm feeling sorry for myself so...


Let's take a look back at the recipes you enjoyed the most this year: as it's bound to cheer me up! 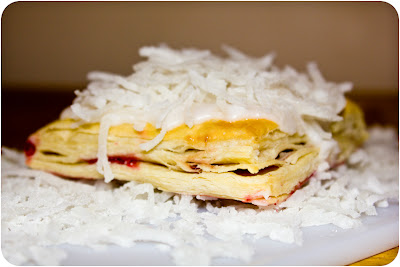 I suspect the popularity of this post was down to the rarity of these treats. They are pretty hard to come by in shops and bakeries over here in England and so many of you are probably having to resort to making them yourself.  It's a pretty easy recipe with ready rolled puff pastry but for a quick and delicious treat it's a winner. 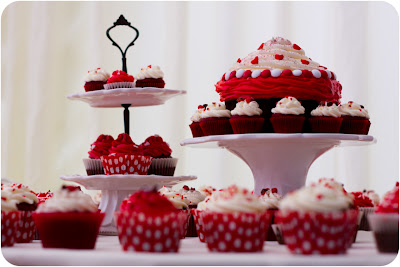 This was my first venture into red velvet cupcakes, I balanced it out by baking my fail safe and most loved Martha Stewart brownie cupcakes too.  They were for my friends wedding in the summer and the red, white and heart theme tied in well with the whole day. 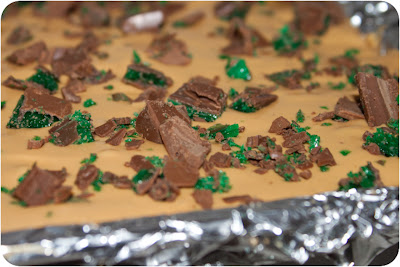 I am not proud of these pictures! Why would I leave the tart in the foil for the photo? Clearly I was too excited to eat these to worry about decent photography! but you didn't seem to mind! I'm guessing alot of you fellow South Africans were the bloggers upping the views on this post since peppermint crisps are a traditional South African chocolate bar. 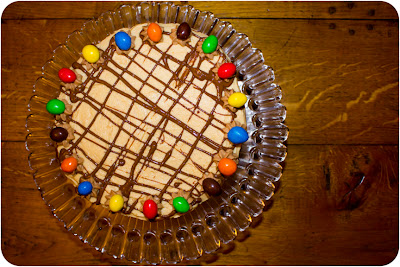 I'm surprised at this one! It was the first time I have ever used a box mix to make a cake! and I wasn't proud, I just prefer making everything from scratch.  I definitely think the benefit of a more superior and delish taste makes all the effort worth it! However I was low on time to bake this for my brother in law so Betty Crocker came to the rescue, but the recipe for this from scratch peanut butter frosting must have been what attracted you all - and for good reason, if you like peanut butter you will LOVE this frosting! 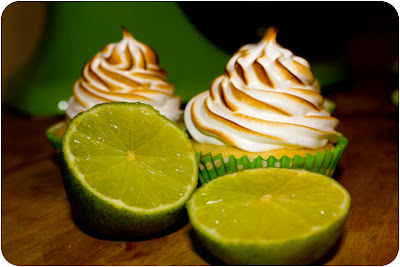 These need no explanation! zested lime cupcakes, filled with a homemade lime curd and topped with a meringue frosting (and my first foray into using a blow torch!) These went down an absolute treat for my Key Lime Pie loving mom's birthday. 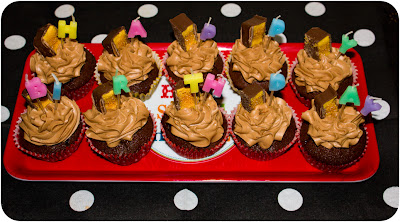 For my Crunchie loving sister, I wanted a very 'Crunchie' cupcake.  I wanted more than just a piece of Crunchie on top...so I made a chocolate sponge filled with chopped up honeycomb pieces and Dairy Milk Frosting to tie the cupcake in with the chocolate bar.  They were a hit! 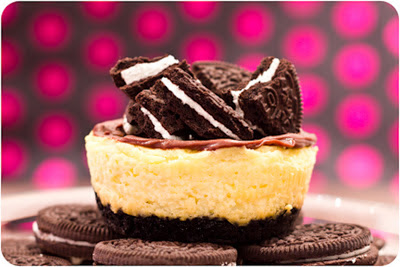 My first cheesecakes I made for the blog, which is a bit shocking considering how many hundreds I made with my job over the summer! One thing I do know is that you followers love a good Oreo cookie so pair them with some chocolate fudge and vanilla baked cheesecakes and an Oreo crust and you're talking one yummy dish! 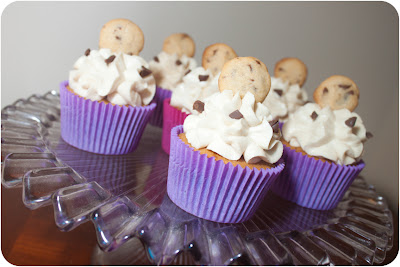 Who wouldn't love a choc chip studded sponge filled with a whole ball of raw cookie dough, topped with brown sugar frosting, some chocolate chips and a homemade mini cookie! They may sound a bit labour intensive with four different components...but they are worth every second invested in them! Hands down, some of the best cupcakes I have ever baked, and the many taste testers of these agreed too! 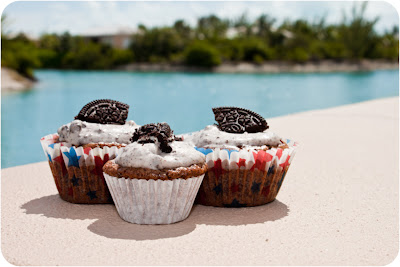 So I know you all love Oreos so a double stuff brownie cupcake was always going to draw a serious amount of attention! but I wasn't actually too happy with these because I made a rookie error (I made these in our first few weeks of living in the Caribbean) of leaving the cream cheese frosting out the fridge for the short time before I as making the frosting.  Of course the Turks and Caicos heat made the cream cheese far too soft and my frosting never recovered, so it wasn't stiff enough to pipe!! You didn't seem to mind, or perhaps you just couldn't get enough of that turquoise backdrop? 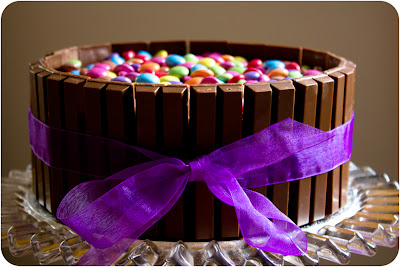 By far your favourite post of 2011 was this cake, which came as a bit of a surprise.  Not because it's not delicious, because it definitely is! but because this cake has been around the block, there are tons of replicas of it on google or cakes in similar styles with different coloured m&m's or smarties so it's by no mean original! but it is a very simple cake to put together whilst looking impressive at the same time! so if you're ever in need of a show stopping cake that tastes the part too then look no further!

Hope you enjoyed the trip down memory lane!
I'm hoping we could turn back the clock 1 day so in the morning I wake up with a head of hair that is not ginger but unfortunately I don't think that's going to happen!

Thanks for all the blog loving you've given me this year and for all the new friends I've made and the tasty treats you continue to fill my google reader with!

Here's to lots more yummy blogs in the future!
Posted by Cupcake Crazy Gem at 18:03