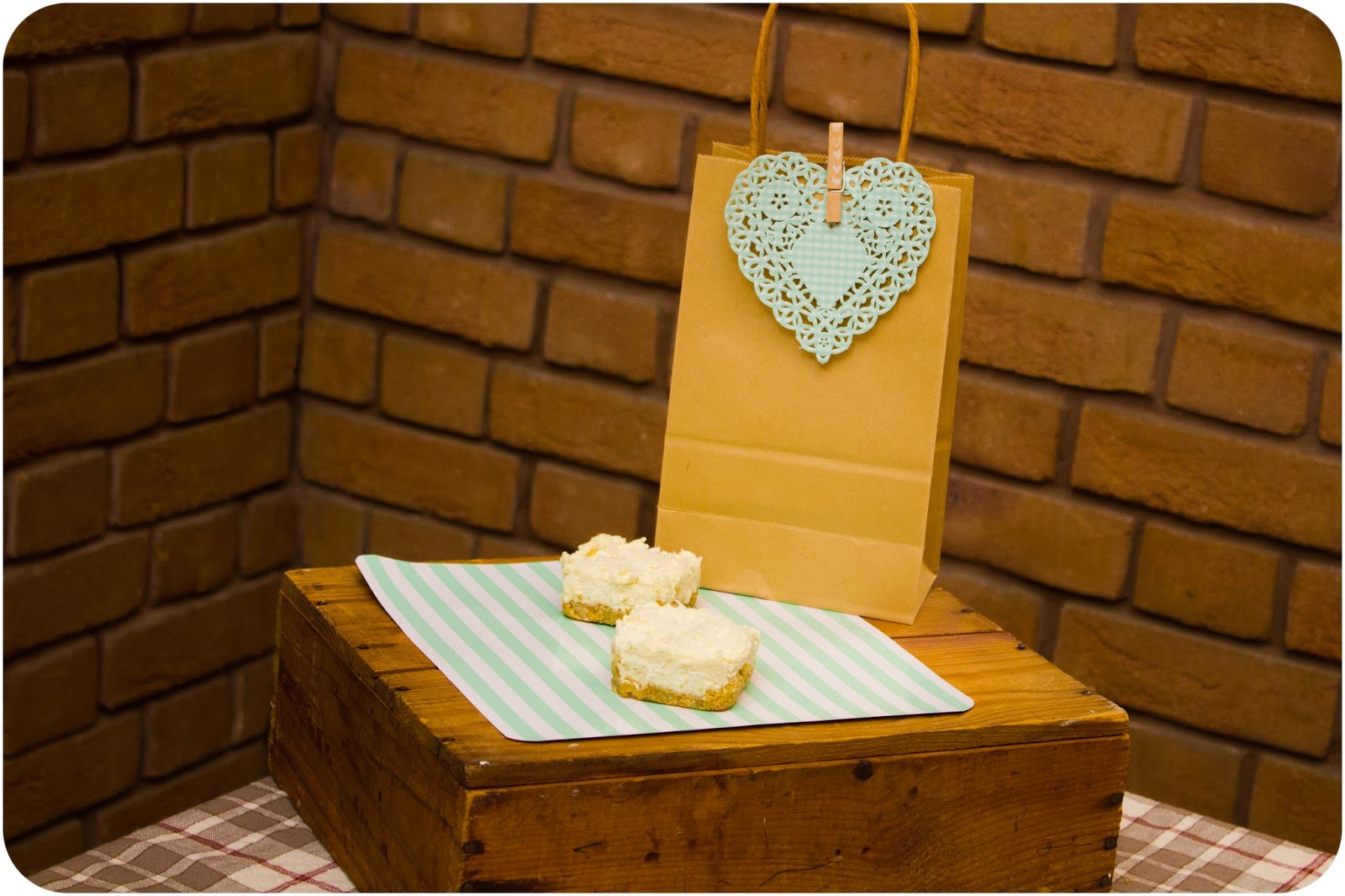 So we've been living at my parents for 7 weeks now which is partly why I haven't blogged much! I've still been baking lots, but have mostly been making requests for my family who don't get to sample my baking as much as they'd like, and so it's mostly been stuff that I've blogged about before!!

It did give me a good chance to whip these treats up though because my mom is a huge key lime pie fan, and my dad loves anything coconut - can you tell where I get it from?! So it seemed rather fitting that I should make this bake...or no bake I should say! 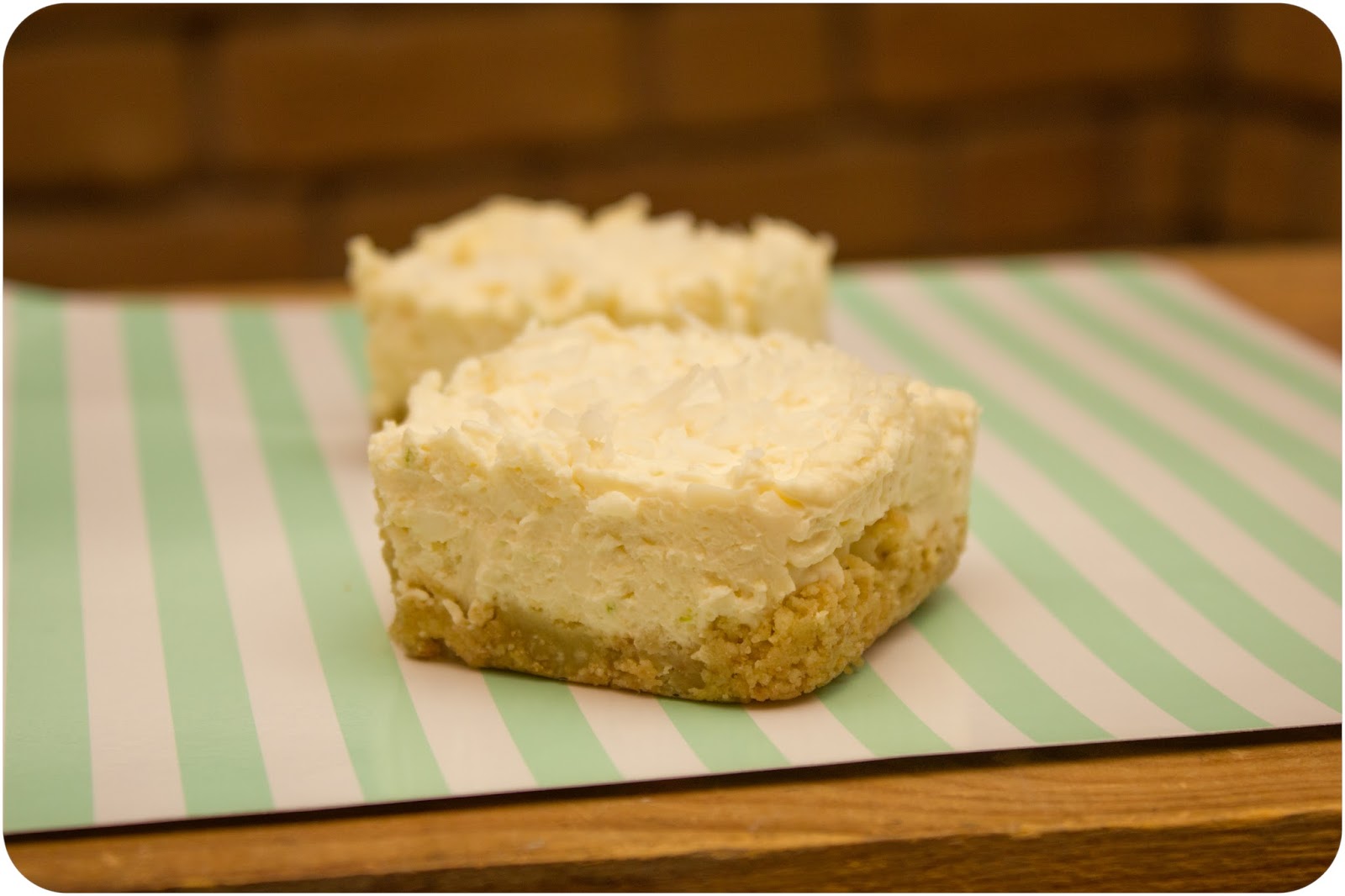 I also had a packet of key lime pie crunch cream biscuits I'd been hoarding because I knew they'd be awesome in a dessert one day!

So they made their way into the crust to make for one tasty slice! 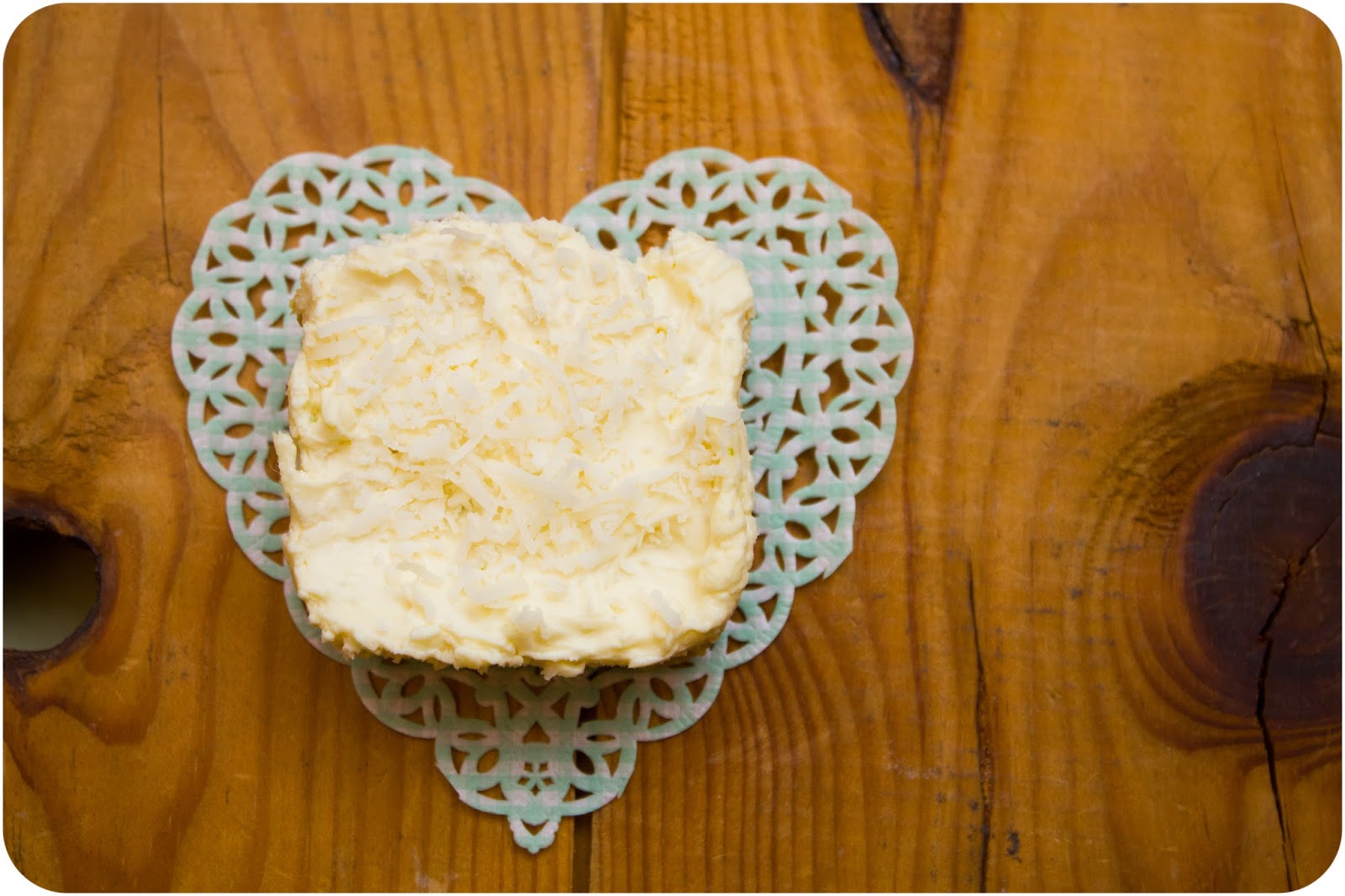 Cheesecake is not something I bake very often but everytime I make it I wonder why that is...because for starters it is so quick and easy to whip up (especially when it's no bake) and also it's SO creamy and yummy! Apart from the patience required to wait while it chills at the end is not my favourite part ;)

I made my cheesecakes in an individually portioned square tray thinking it would give them nice straight edges for beautiful photographs! but somehow they still turned out a bit messy! You can make it in one large dish and probably slice nicer edges than mine!

So while we mourn the end of summer, yes I made my parents turn on the heating last week as it was getting SO cold already! and the leaves are starting to turn, booo! you can retreat with a slice of this and close your eyes and pretend you're still somewhere totally tropical whilst the lime and coconut tingle on your tastebuds! 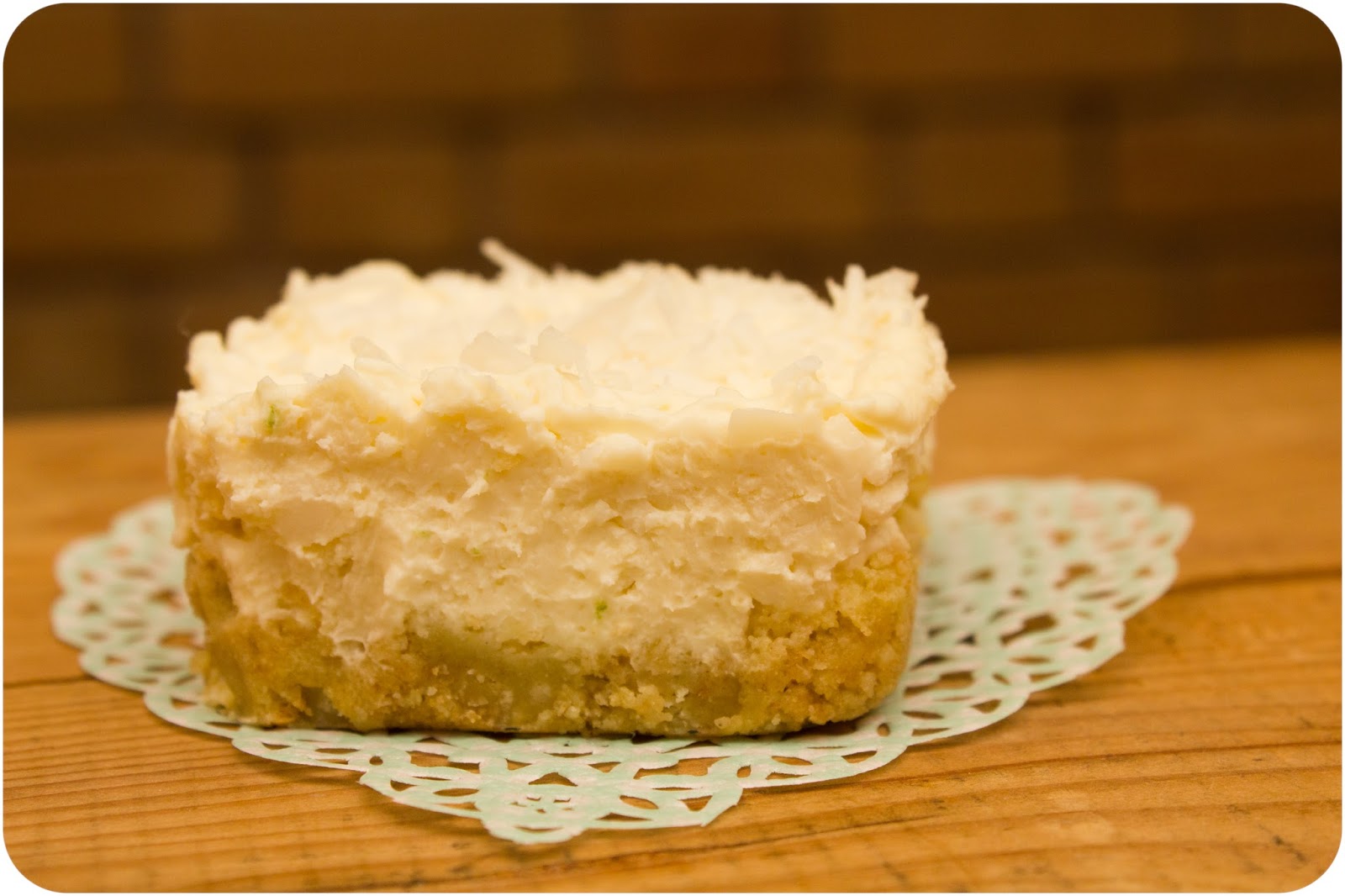 Prepare the crust by blitzing the biscuits into fine crumbs in a blender.  Melt the butter in a heatproof bowl in the microwave.  Add it to the biscuit crumbs a little at a time to see when it is moist enough to roll a ball of the mix in the palm of your hands and have it hold it's shape (if you are using biscuits without a filling, you will probably need more butter to hold it together).

Press the crust into a 9x13" pan, or individually portioned square pan.  Set aside.

Whip the double cream in a stand mixer until peaks start to form, add the icing sugar and continue whipping until still peaks form.  Transfer into a bowl and refrigerate.

Beat the cream cheese and brown sugar, with the beater attachment in a stand mixer, on high speed for 2-3 minutes.

Add coconut extract and lime zest, along with the key lime juice (or juice of the limes you have just zested if you have access to real key limes).  Beat into cream cheese until well mixed.

Add both coconuts and beat to combine.

Remove the cream from the fridge and gently fold into the cream cheese mixture until combined.  Take care, as you don't want to deflate the cream.

Spread over crust with a knife until distributed evenly.

Sprinkle with the extra shredded coconut.