A Mad Hatters Afternoon Tea at The Sanderson Hotel, London

Mara and I spent a festive day of fun in London on Wednesday.
We went to all our favourite spots, checked out the Christmas lights, had a few cupcakes along the way, shopped up a storm...and had the most wonderful Afternoon Tea!

Mara had booked it as a surprise.  She had told me I would have to be brave as it was going to be slightly experimental, I'm a bit of a fussy eater so I was getting slightly worried...

but I needn't have worried because we had the most delicious feast that wasn't remotely scary (apart from the salmon sandwich for a non fish fan like myself)! 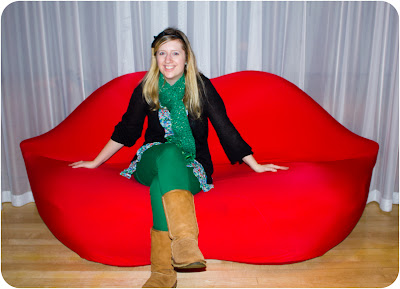 The Sanderson is a lavish boutique 5* hotel, and if you want to spend the night here it will typically set you back about £500! As we walked through the doors we were surrounded by fabric draping all the walls and there were quite a few cool seating areas in the foyer that we thought we'd test out! like these giant lips... 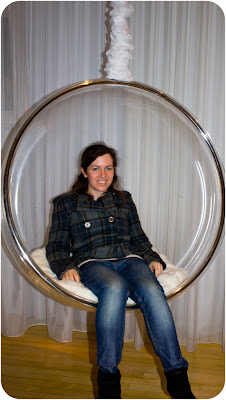 and this hanging pod! 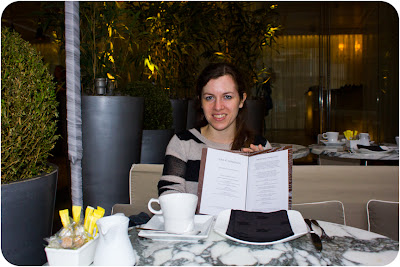 Afterwards we were whisked through into the beautiful courtyard garden where our experience really began! 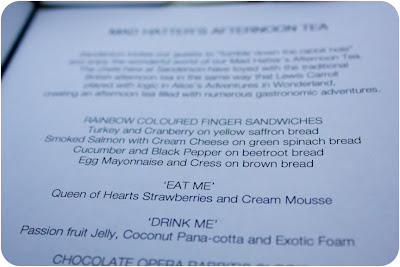 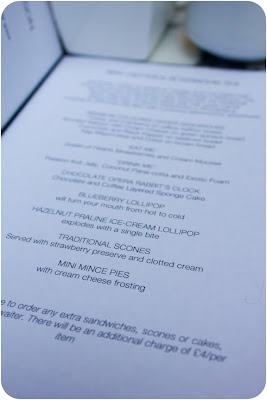 and all the little treats had been designed with Alice in Wonderland in mind. 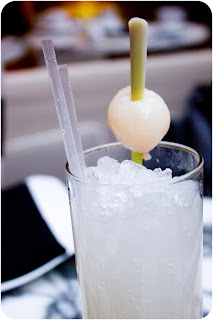 We started off with some non alcholic cocktails - lychee lemonade for me... 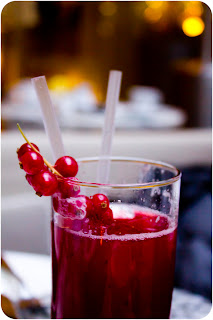 and a cranberry and strawberry concoction for Mar.  They were seriously tasty. 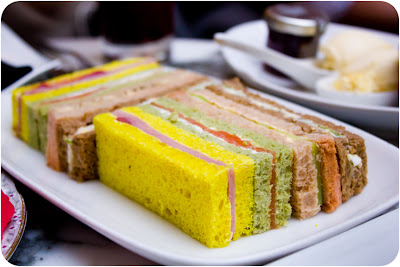 Next up, the rainbow platter arrived! and despite my earlier worries about how tasty spinach bread would be, you couldn't actually taste the flavourings they were just used to change the colour.  The turkey and cranberry sandwich went down particularly well, especially due to the festive nature of it! 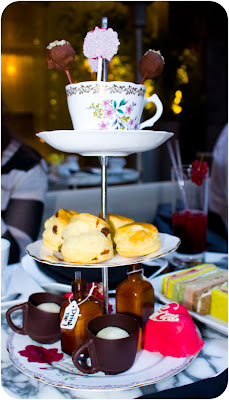 This was the platter in all it's glory! I love the little teacup at the top! That housed our praline ice cream pops covered in chocolate and popping candy! and the blueberry lollipop that was side coated in sugar.  We were instructed to hold the sugar side of the lolly on our tongue for 1 minute and then when we switched sides you felt a difference between hot and cold - it was quite cool (literally) and very yummy too! 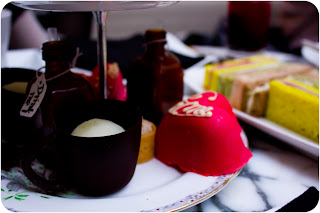 After that we delved into all the other sugary treats... 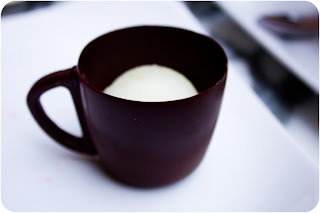 like this cute little chocolate cup that was filled with lime and ginger sorbet.  I didn't quite eat mine quick enough and some had melted at the bottom so I was able to sip it up from my edible cup! 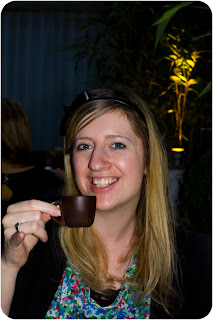 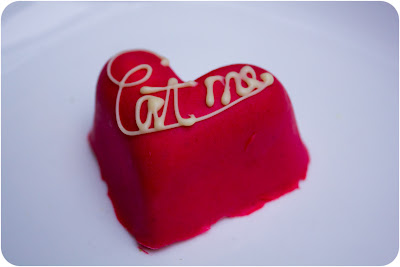 and the mince pie with cinnamon cream cheese frosting was the only thing I passed on as I'm not a mince pie lover...but Mara said it was delish especially with the frosting addition of frosting. 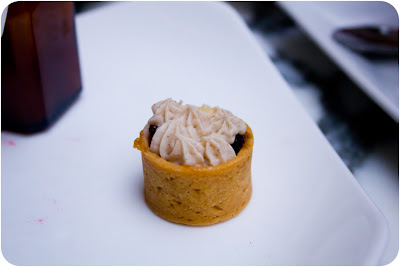 I think our hands down favourite of the day was this tiny little bottle which was a trio of desserts! We were instructed to take it in 3 sips.  On the first sip you tasted some passionfruit jelly, on the next sip some gorgeously silky coconut panacotta and on the last sip some exotic foam! It was very inventive! 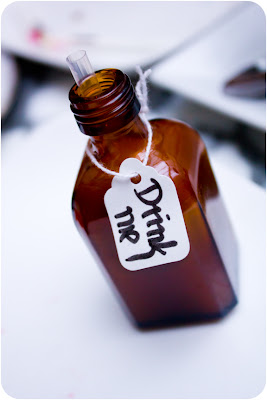 We rounded our afternoon off with some peppermint tea, served in these lovely iron teapots... 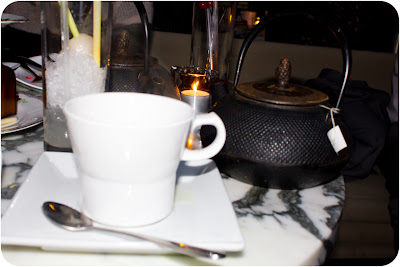 accompanied by our mini scones with jam and clotted cream. 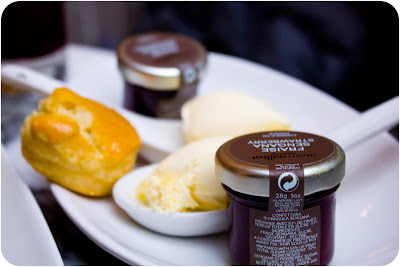 It was an absolute feast, and we had so much fun trying everything out.  I would definitely recommend it out there as one of the more original Afternoon Tea's in London!

Thanks to my super generous sister to treating me to it!

and on this Christmas Eve here's wishing all my followers a very happy, and yummy, Christmas! May Santa be good to you this year!