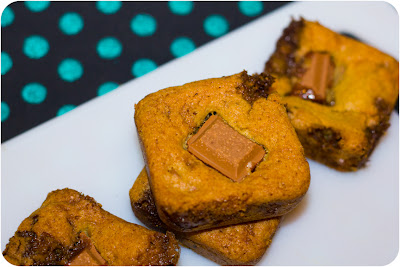 This is what you make when your sisters get back from California and bring you this amazing stash of goodies: 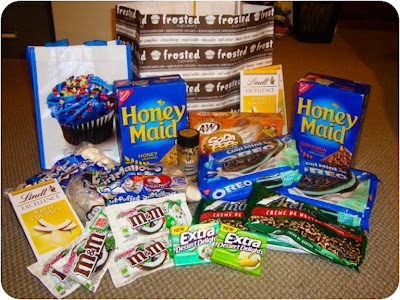 Aren't they the greatest??! Mint Oreo's (my fave!) Coconut M&M's, Coconut & white choc Lindt, Graham crackers galore - cinnamon and honey flavour (I didn't even know cinnamon flavour existed until they landed in my hands!) jet puffed mallows (and I even got the rectangle variety that have been created just for s'mores - how cool is that!) key lime pie and mint choc chip chewing gum varieties! S'mores cupcake sprinkles, andes mint choc bits and A&W soda ice pops! 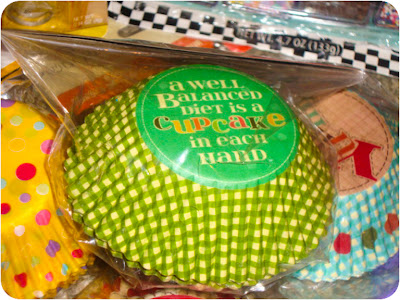 I also got tons of cool cupcake liners with little phrases on the bottom like this amazing one above - I think I need to create a canvas of that and hang it pride of place in my kitchen! 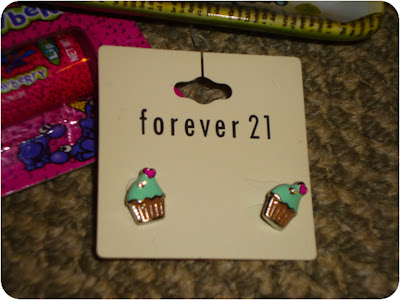 I also got these super cute cupcake earrings from Forever 21! 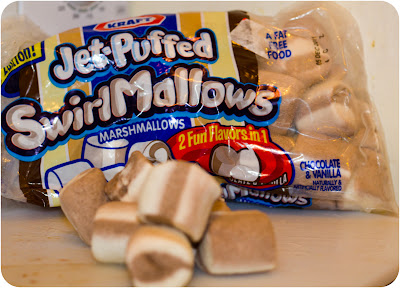 I started with these choc and vanilla swirl marshmallows! and chopped them up to turn them mini.  The original recipe called for mini white marshmallows but I was too excited to use my new half and half kind! 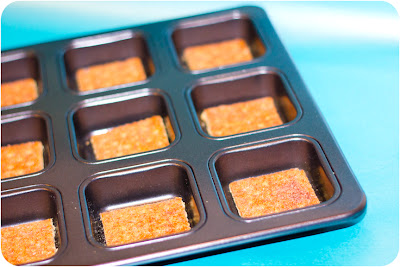 I also got to use out my new square baking tray that I got for my birthday.  I love how it makes them into individual portions for you so it saves you all the time slicing them up once they're baked! I had to slice an edge on both sides of the cracker to get it to fit perfectly in my tray. 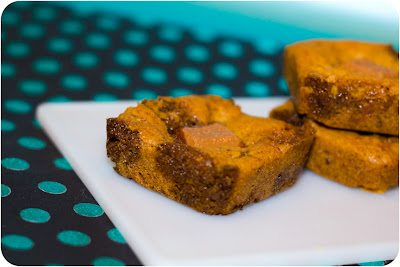 Another change I made from the original recipe was I replaced the square of Hershey's chocolate on top with a square of Dairy Milk because we all know my feelings about Hershey's!
These were so amazing.  The subtle cinnamon flavour from the cookie was really brought out by the addition of the cinnamon Graham cracker and the marshmallows melted to create chewy little pockets of deliciousness.  We devoured these in less than 2 days and if you don't have time to rustle up a bonfire and toast up some real s'mores I'd say these will definitely hit the spot!
Posted by Cupcake Crazy Gem at 12:29