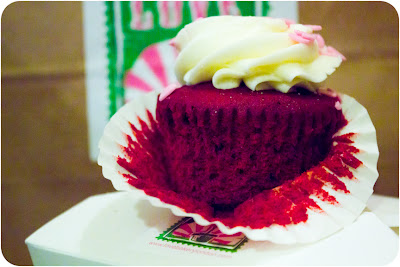 So I thought I was done with eating cupcakes...but it's National Cupcake Week and if you can't eat tons of cupcakes now then when can you!

As it turns out I wasn't quite finished stuffing my face with London's cupcakes! A few weeks ago when I was up to my ears in red velvet baking fails I decided to pop by Love Bakery and see what they had to say on the matter.  The staff were very friendly and assured me as long as I bought artifical red colour and I used their recipe I would be fine.  Unfortunately Waitrose and Tesco had other plans for me...did you know they only stock natural food colouring these days. booo 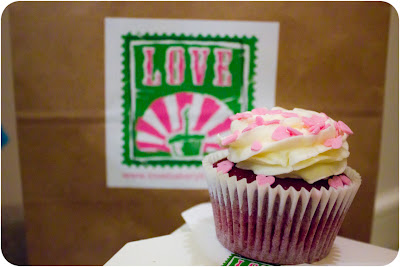 Needless to say it was another baking fail! but I'm pleased to say their Red Velvet was very delicious, if only we could all ship our snazzy red food colour in from Italy like they do! I also loved their cute little shop, it was well worth the very long walk all the way up the Kings Rd! 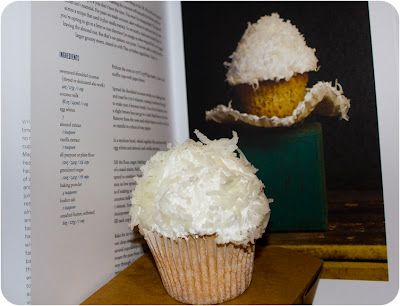 A few days later I had a hair appointment on Chiswick High Rd, which I was rather excited about - not only because it meant I would soon be root free but because I knew I could stop off at Outsider Tart to pick up some of their delicious goodies!

I was overjoyed to see coconut cupcakes on offer, with mounds of frosting and shredded coconut on top.  Coconut is possibly my favourite flavour ever! Unfortunately for me it was paired with my worst flavour ever - almond! I have a strange aversion to almond, I can't stand the taste of it and I can detect even the most minute amount in any baked item! so as soon as I picked up that hint of almond it was all downhill for me.  Sad times...but my sister who enjoys almond thought it was a great cupcake! 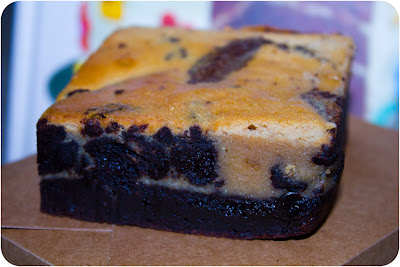 Luckily for me they don't put almond in their peanut butter cheesecake brownies so I enjoyed them immensely  they were fudgy and rich and generally yummy! 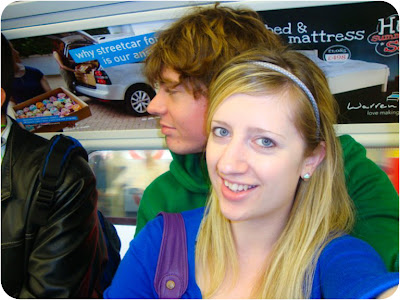 Has anyone seen the vast amounts of Streetcar ads popping up all over the tubes? One of them even has Crumbs and Doilies cupcakes in it! and if you snapped a picture of yourself with the ad they send you a vouched for a box of 12 mini cupcakes on the house!!

Never one to turn down free cupcakes we joined in the fun! 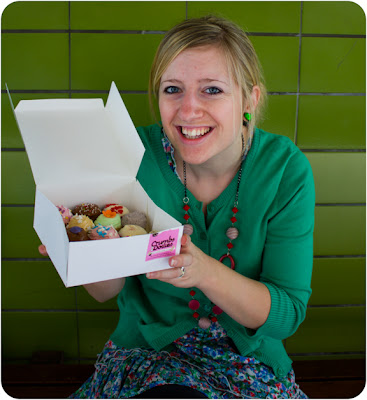 and this is me and my happy face picking them up on Saturday from their stall on Kings Rd! 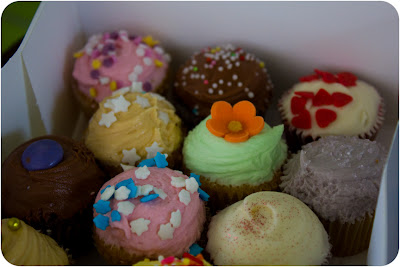 We had a variety of Salted Caramel, Vanilla, Chocolate, Red Velvet and their special of the month Lavender Caramel which I'm afraid to say I was too scared to try! Lavender has never been a flavour that I've wanted to eat, I believe it should be confined to candles and soaps! but the rest of the flavours were all delicious, and I love bite size cupcakes more than anything! 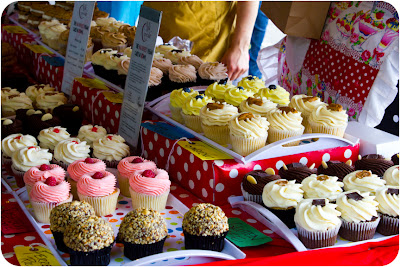 After that we headed to the Mayor's festival down at the Thames.  There were quite a few cupcakes to be tried down there! We came across Ms Cupcake first.  A long time ago at an Iron Cupcake event i tried a strawberries and cream cupcake made by the lovely Ms Cupcake herself, it was amazing...even more amazing when I discovered the mounds of creamy and delicious frosting was indeed vegan! How she makes such tasty cupcakes and still manages for them to be vegan friendly I have no idea! She has since opened up her own cupcakery in Brixton which I haven't managed to get around to trying this summer sadly so I was excited when i saw her stall full of goodies! 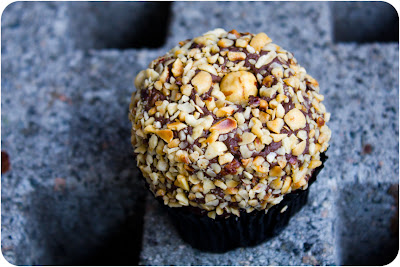 We went for the Ferrero Rocher because I love different flavours! It was very tasty and tasted just like a Ferrero Rocher! but for my tastebuds the chocolate was a little 'too' dark - I'm not a dark chocolate fan, but my sister enjoyed it. 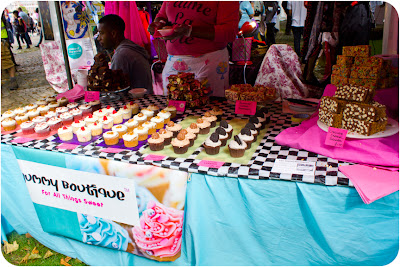 We also saw Yummy Boutique's stall.  They were the main reason I headed to the festival, I had seen via their facebook they had been working on 20 new flavours! so I was very excited about that but from what I could see their flavours on offer were pretty standard and they didn't seem too new to me so we gave them a miss because there were other more exciting flavours at different stalls we wanted to try! 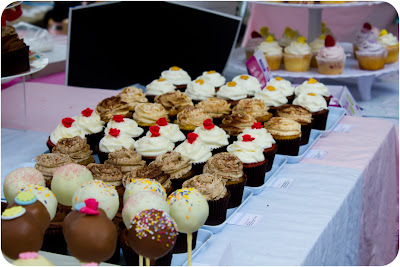 Like Peggy's cupcakes.  Her stall was oh so pretty filled with gobstopper sized cake pops and beautifully frosted cupcakes in a whole array of flavours.  We went for the banana cupcake with caramel frosting. 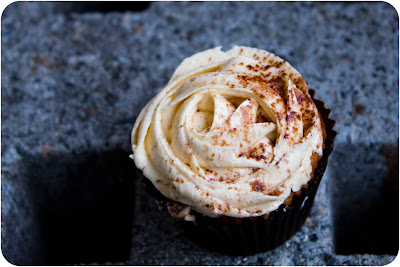 I couldn't possibly eat it that very same due to the vast amounts of cupcakes we had already consumed but I'm happy to report 3 days later it was still moist and delicious! The banana and caramel pairing was a good choice... 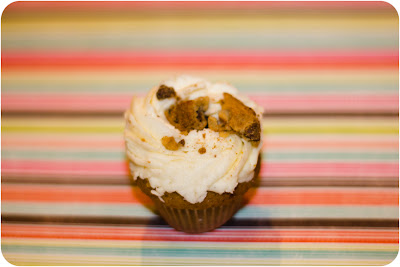 which brings me onto the final cupcake! Lola's special of the month was cookie dough,  which is always a favourite in my book...so we just had to check it out.  Unfortunately when we went they only had the mini's left...and I was pretty disappointed to find no cookie dough inside my cupcake!! Apparently only the regular sized ones are lucky enough to be filled with dough! which I think is a bit of a letdown, I regularly make mini's and if I can fill mine they should be able to fill their's!

The cookie frosting was super tasty, but I felt the cookie on top should have been a soft homebaked one.  All in all not their best offering they've ever come up with.

So there you have it...my last London cupcake I will be eating for a very long time! so whilst you may not be seeing so many cupcake reviews on here in the next few months since I've told you previously Bangor is pretty much devoid of cupcakes, I will be back in my own house with my own kitchen and KitchenAid so I'm sure there will be lots more baking to make up for that!

Also, drop by next week to see an awesome guest post from my sister about all the AMAZING cupcakeries they visited in California...you will be amazed!