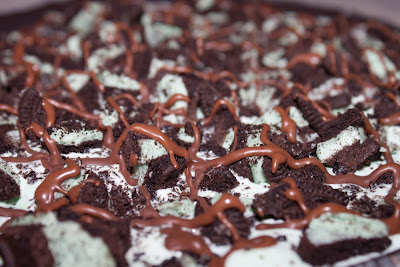 All day I dream about baking...it's true! I'm always thinking up the next greatest flavour pairing in cupcakes or the next tastiest creation I can make.  I even have actual dreams at nights that revolve around cupcakes like the one I had recently where I woke up in a panic because I was in NYC with 3 hours 'til I had to be at the airport to return home and I realised I hadn't been to visit any Cupcakeries - shocking I know!

It's been a busy weekend...I made close to 90 cupcakes on Saturday night for a friend's 'Sweet Sixteen' party.  They were Mint Oreo and Coconut & White Chocolate, and can you believe I didn't take one single picture! It's pretty ridiculous but we were so busy baking them up in the short time we had, due to spending the day at The Annual Conch Fest, and so pictures just slipped my mind! As a thank you present for making the cupcakes, I got the gift of some Mint Oreo's from the States!! It was super exciting! and Milah, who gave them to me, gave me the best idea for how to use my Oreo pie crust she had seen in my fridge.  She told me to fill it with mint ice cream, and I had the idea to add my crushed Oreo's on top to make it super minty and delicious!

I almost feel bad posting it on my blog, it doesn't exactly take much skill to create this dish but oh man it was so tasty that I just had to share!! Here's the step by step: 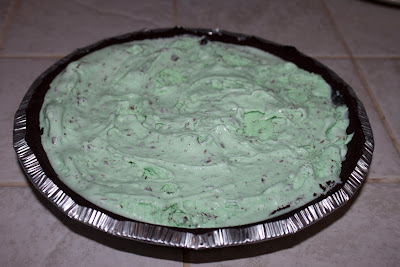 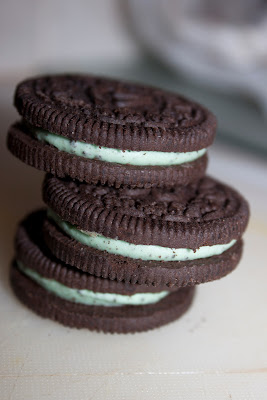 Sprinkle the pieces over the top of your ice cream 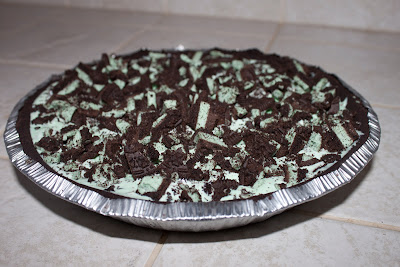 Get a handful of Nestle Tollhouse Mint and Dark Chocolate chips (these were also a gift from The States!) Melt them in the microwave for about 40 seconds 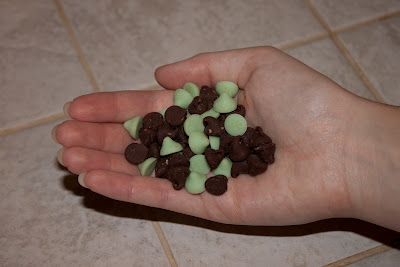 Pour the melted chocolate into a Ziploc bag, snip off the edge and drizzle over your pie 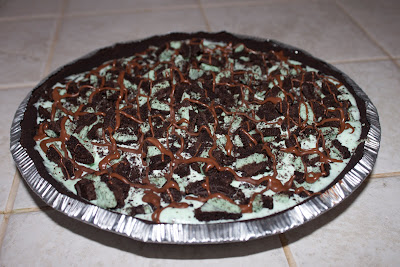 Put in the freezer for about an hour to set 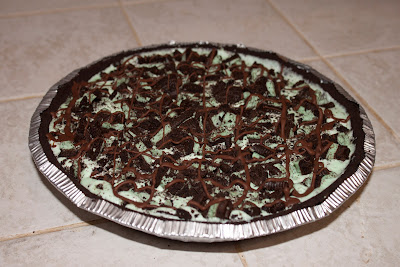 Get it out the freezer and cut yourself a generous slice....Enjoy! 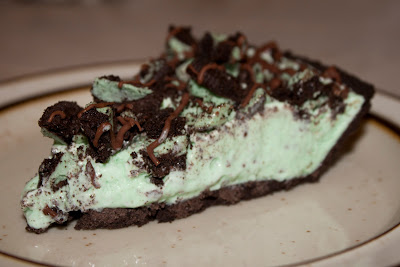