Crumbs! now those are some tasty cupcakes! 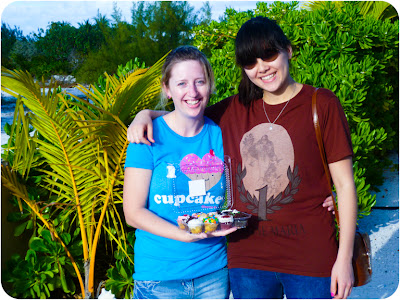 My best friend Jade is on Island visiting from England.  We are having a blast! She came to Provo via NYC and because she knows me too well she brought me the best present anyone could bring a girl in desperate need of some decent cupcakes..... 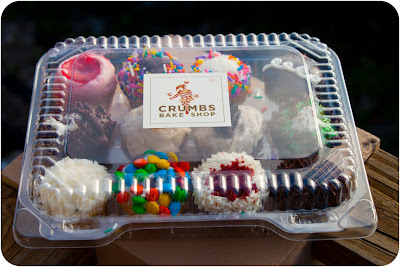 Yes that's right not only did she bring me fresh cupcakes from a cupcakery, but they came from NEW YORK! I'm pretty sure it would have to be the cupcake capital of the world right now! and the worst part is most of the cupcake boom took place since my last visit so I have to resort to having dreams about cupcake hunts in NYC!! because that's the closest I can get to them right now! 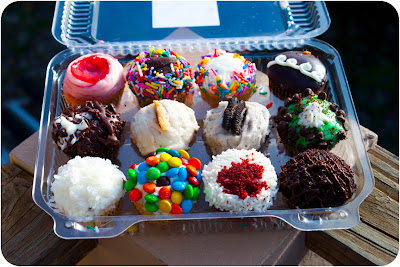 So not only did they come from NYC...but they came from Crumbs Bake Shop and man, these were the best cupcakes I have ever eaten in my life!!!! If all New York cupcakes are this good then they put London's efforts to shame that's for sure!
This amazing box of a dozen mini's had me beyond excited! I was ooh-ing and aah-ing over all the delish looking cakes before one had even reached my mouth! The box consisted of (L-R) Raspberry Swirl, Vanilla/Chocolate Sprinkle, Vanilla/Vanilla Sprinkle, Squiggle, Devil's Food, Cookie Dough, Cookies and Cream, Grasshopper, Vanilla Coconut, Candy, Red Velvet and Blackout. 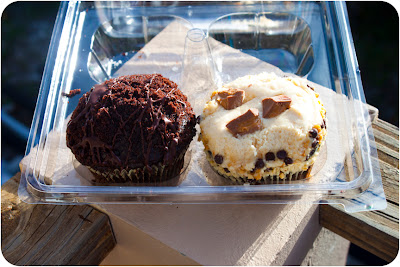 She also brought these two regular sized ones: Blackout and Peanut Butter Cup.
These cupcakes lasted us for days...despite me wanting to scoff the whole lot the day she arrived I restrained and we ate a couple each day.  Even 5 days later and an airplane ride in between they were still fresh and moist and delicious! 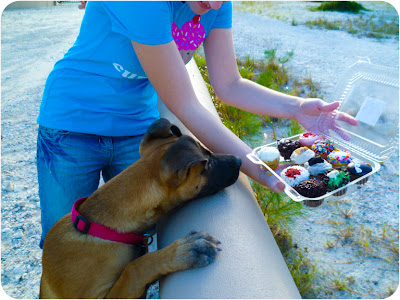 Even Sunny wanted to get involved! So we bought him this little cupcake chew toy instead so he could be part of the cupcake club too! 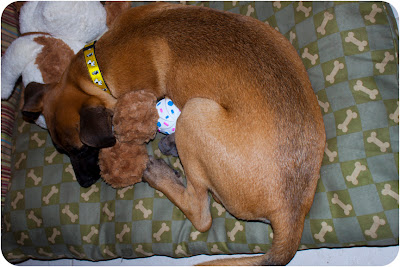 Say it with Coconut cupcakes 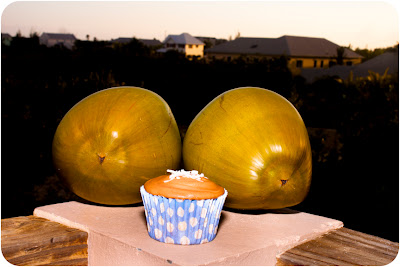 A few weeks ago our neighbours dog of 17 years had to be put down.  In the past this wouldn't really have inspired me to do anything, I have never been a dog lover, but since falling crazy in love with our little potcake puppy Sunny over these past few months I sudddenly felt my neighbour's pain! and knew that I had to bake some cupcakes to take over to ease the sadness.
So I threw together some coconut cupcakes with the ingredients I could find in my kitchen and topped them off with some chocolate frosting from the Primrose Bakery cookbook.
I think they were pretty well received, the whole plate of them were eaten within a matter of minutes.
I also whipped up some coconut and pineapple cupcakes for some other neighbours of ours who had family visiting in from the States and wanted a sweet after dinner treat.
I used the same coconut cupcake recipe and just threw some chopped up pineapple in the bottom of each cupcake liner and topped them with coconut frosting with a little pineapple piece garnish. 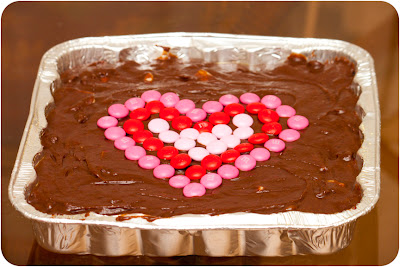 Cupcakes and the concrete jungle where dreams are made of! 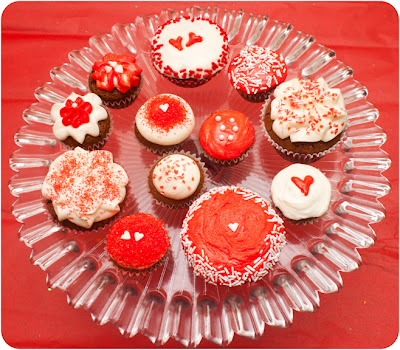 First things first, apologies for the lack of posting recently.  Rest assured, this was not due to a lack in baking...oh no the baking has continued, but there was a lack of internet which was more than a little frustrating! How did we ever live without it, hey?! but I'm back online and have lots of goodies to post for you.
Starting with these...they may look like Valentine's cupcakes but actually it's just a co-incidence with the timing.  I got an email this week from one of my best friends back home in England.  A few months ago her boyfriend proposed to her in the middle of Central Park on a carriage ride in New York City!! Pretty awesome, right? So now they are planning a fun and fantastic wedding for September and what would she like me to contribute? cupcakes of course! There is no greater joy than baking for me...but baking for such a special event - well that makes me super excited! 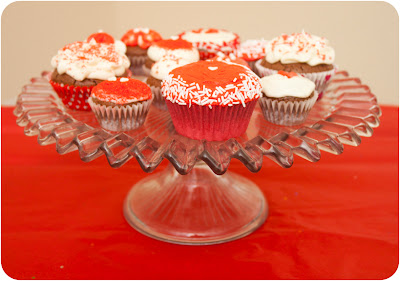 So she told me her colour scheme is white and red, and that I absolutely had to make my Martha Stewart Brownie Cupcakes because she has never eaten a tastier cupcake! My baking supplies over here in TCI are limited.  Whilst they have a good range of baking ingredients here on Island (because most of them are American) they are severely lacking in the decorating part. 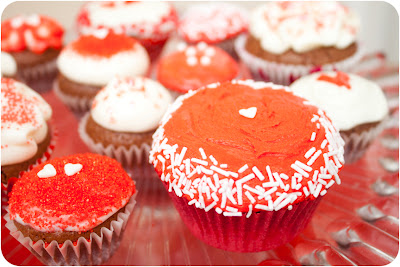 So I made do with the decorations I brought over in my suitcase, yes I sat and picked my way through a jar of patriotic sprinkles sorting all the red and white ones but you do what you have to do! 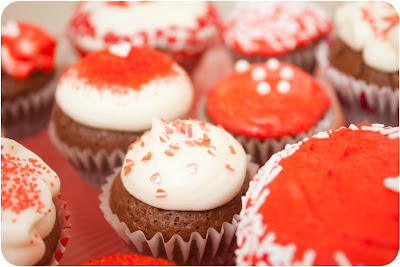 and this is what I threw together this afternoon, just for fun and as a little sampler for my friend to see and decide if I am on the right track for what she was hoping for! 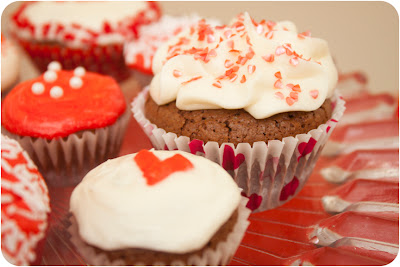 In the meantime, for those of you not planning September red and white themed weddings, they are perfect for a little Valentine's inspiration!
Posted by Cupcake Crazy Gem at 01:15 5 comments: